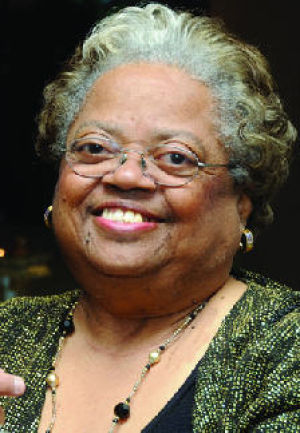 Mary Elizabeth Pierce Reese was an educator and activist who lived and worked in Charlottesville from 1980 to 1992 and again from 1997 until her death. Reese was born February 1, 1931 in Ithaca, New York and lived to be 83, passing away on April 19, 2014. She served as the Superintendent for Personnel and Staff Development at the Charlottesville City Schools until taking a position in Northern Virginia with the National Association of School Administrators.

She received many awards, including the Martin Luther King Jr. Community Award, the Daily Progress Distinguished Dozen, the Junior League of Charlottesville's Emily Couric Community Advocacy Award, and the Home Instead Salute to Seniors Award. She served as the President of the Senior Center.[1]