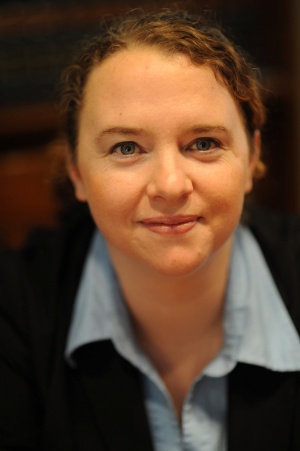 Jennifer McKeever is an attorney, and was elected in 2011 to the Charlottesville School Board. [1]

She is running for reelection in 2015.

McKeever served on the Community Development Block Grant Task Force from 2005-2011. During her tenure as Chair of the Task Force, City Council asked the Task Force to request for proposals for City funded housing initiatives.

McKeever also represented the Coalition to Preserve McIntire Park in their unsuccessful lawsuit to stop construction of the Meadowcreek Parkway.

McKeever works as an Associate Attorney at the law firm of Jones & Green, LLP in Charlottesville, VA.

She is married to Chris Wiles and has three children, two of whom attend Burnley-Moran Elementary School. [1]

McKeever was a candidate in 2011 for the Charlottesville School Board.[1], coming in fourth of the seven candidates for four seats.

Voters could cast four votes, one for each of the four seats available, hence the percentages do not total 100%.