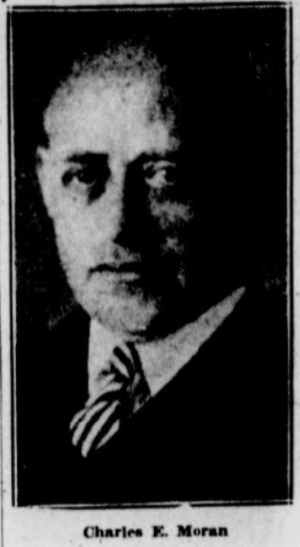 Mr. Moran was appointed deputy under George F. Compton who began his term of eight years on February 1, 1915. Through failing heath, Mr. Compton was obliged to give up the practice working of the office. Mr. Moran, his deputy, took up the duties for him. At the latter’s death on July 12, 1916, he was appointed to fill the unexpired position of Mr. Compton’s term.