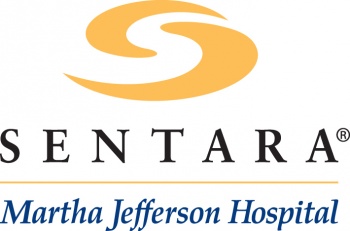 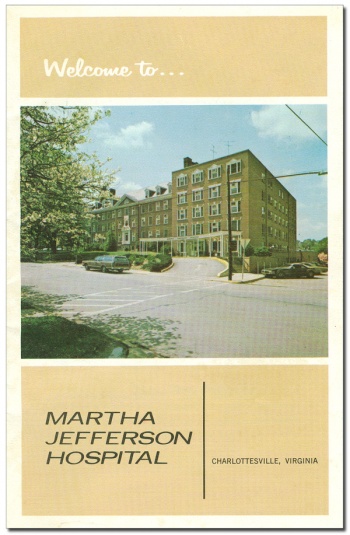 Martha Jefferson Hospital was organized by seven area doctors on September 24, 1903 and its doors officially opened as the Martha Jefferson Sanitorium on July 11, 1904. [2] Among the founding doctors were Halsted Hedges, Lawrence Flanagan and Edward M. Magruder. [3] Magruder was named as president in 1909.

The hospital is named in honor of Thomas Jefferson's daughter, Martha, and in deference to W.M. Randolph, one of the hospital's founders who was the great-grandson of Martha Jefferson Randolph.[4]

A series of expansions in the 1970's took over and eliminated Jackson and Taylor Streets in Charlottesville. [5]

In September 2010, the hospital merged with Sentara Healthcare of Norfolk, but will continue retain the Martha Jefferson name. [6]

The hospital's Board of Directors had been exploring the possibility of merging with another healthcare provider since 2008. The Board of Directors unanimously agreed to become Sentara's 10th hospital. One stated reason to merge is to become more efficient and to better navigate the effects of health-care reform[7].

It is believed that Martha Jefferson could save up to $6 million in purchasing costs by using Sentara's procurement system[8].

As part of the merger, the size of the hospital's board of directors will shrink from 12 to 9, and 3 of the members will be from Sentara's board. [9]

"Sentara" was officially added to the hospital name in September 2015.[10]

The original hospital was located on East High Street.[4]

In December 1929 the hospital was moved to a new building known as the Patterson Wing with a bed capacity of 50. It was named in honor of donors Mr. and Mrs. J.A. Patterson.[4] The wing one of Charlottesville's individually protected properties[11]

In 1954, the capacity of the hospital was increased to 112 beds with the addition of the Rucker Wing named in honor of Mr. J.W. Rucker.[4]

In 1964, additional beds were added at Martha Jefferson Hospital bringing the total beds to 136, its capacity as of 1970.[4]

As part of the renovation, the Rucker wing is expected to be converted into a 20-unit apartment building. [2]

The new Martha Jefferson Hospital has been designed by Kahler Slater Architects and is being constructed by Mortenson Construction.

The firm Octagon Partners purchased the former campus for $6.5 million and planned a redevelopment project. [13] [9] Octagon will take possession of the building no later than January 1, 2012. [14] [15]. The CFA Institute will move its headquarters there in March 2013 following redevelopment. [2] Ground will be broken in April 2012. [16]

The hospital had originally hired Crosland Development, but that company opted out due to the ongoing economic downturn [17].

The hospital is also selling several properties adjacent to the main hospital. [18] [2]