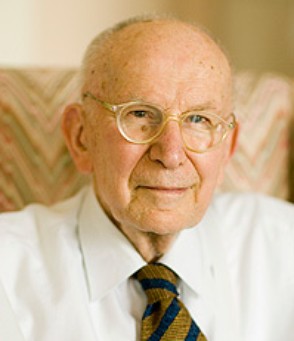 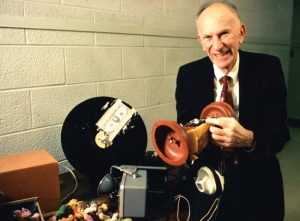 Bice with his "Bice Devices." Photo credit: The University of Virginia Magazine

An entrepreneurial lecturer, Bice was perhaps best-known for his "Bice Devices," devices created for each lecture to demonstrate a key piece of information. Bice Devices extended beyond the classroom as Raymond created UVa's first computer in 1955 and a burglar alarm for the president's office. 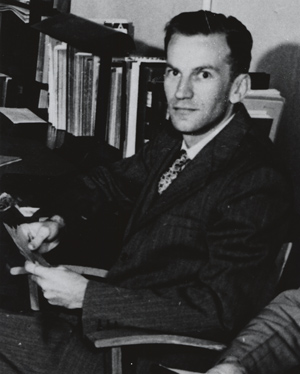 Bice was born in La Crosse, Wisconsin on July 26, 1918. After serving as a Navy ensign in World War II, he came to UVa in 1948. Married for nine years to Zula Mae Baber, a nursing professor at UVa who passed away in 1966 from cancer, Bice had no children.