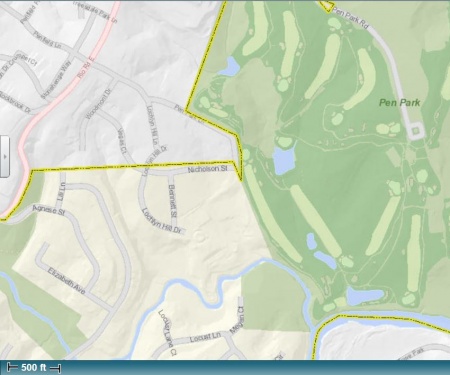 History of the land

"Lochlyn Hill is so named for its proximity to the historic Lochlyn Mill which operated on the banks of Meadow Creek for more than 100 years. The mill and nearby home were built by John Craven between 1753 and 1756, nine years after Albemarle County was established and 12 years before Charlottesville became a town. In 1852, it became known as Cochran's Mill, presumably reflecting a change in ownership, although it was still referred to as Lochlyn Mill on the 1891 Peyton Map of Albemarle. The mill burned in 1941 but the house remains just east of Rio Road and has been used as both a residence and an antique store since the beginning of the 20th century."