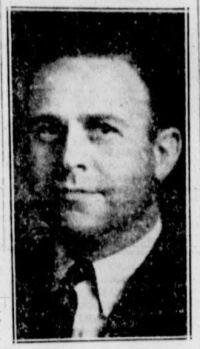 Bowen was a native of Scott County who attended Altavista High School and the University of Virginia. He was appointed city auditor in March 1934 and became the first finance director. He married Louise Burks.

In 1948, Bowen was both city director of finance and clerk of Council when he was appointed acting city manager by the Council to fill the unexpired term running to September 1 of Seth Burnley, who resigned to become city manager of Staunton. Council voted 3-1 to approve him finishing out Burnley's unexpired contract. Bowen had the support of Roscoe S. Adams, Fred L. Watson and J. Emmett Gleason. Gus K. Tebell voted against his appointment. Charles Nash was not present at the meeting. Bowen's initial salary of $6,000 a year matched Burnley's. [2]

Tebell’s minority report stated: “As a member of the committee to recommend a new city manager, I want to file this minority report. I do not believe the committee has fully considered enough applicants, nor looked far enough out-side the city…I believe the city manager should be an engineer and preferably…have considerable experience in the management field. If you appoint the director of finance, than both the office of manager and finance will be new to appointees."