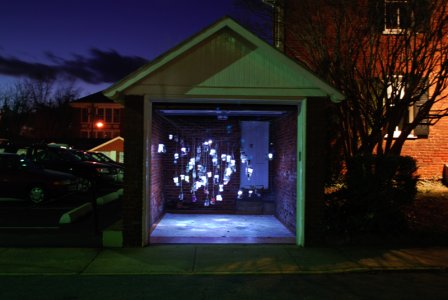 The Garage is a flexible performance and public gathering space that has played host to live music, art shows, film screenings, and community potluck dinners.[1] The space was founded by Sam Bush, member of local music group The Hill and Wood, and opened in September of 2008.[2] The first public event was also the first performance for The Hill and Wood, who opened for Grand Rapids bands Ben and Bruno and Small Sur at The Garage in June of 2008.[3]

The Garage used to be a single-car garage owned by the Christ Episcopal Church.[4]