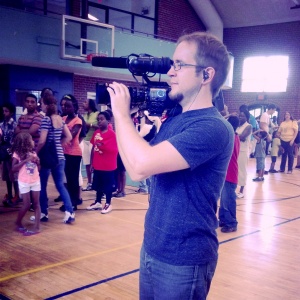 David Nelson Dillehunt is the Deputy Director of Communications & Public Engagement for the City of Charlottesville. He originally joined the Office of Communications as a multimedia consultant in November 2005,[1] served as a Communications Specialist from June 2008 to January 2019, Communications Coordinator from February 2019 to August 2020, and most recently served as Multimedia Services Manager from September 2020 to March 2022.

Dillehunt graduated from Albemarle High School in 2002,[2] from the Charlottesville-Albemarle Technical Education Center in 2003, and received a BA in Communication from Southern New Hampshire University.

He incorporated his independent production company, DND Films, in March 2003,[3] and has produced and directed numerous feature films and television series. From 2007-2008, Dillehunt was a producer and director for Midnight Barbecue, a radio/web/TV program hosted by Adam Gottschalk and Nick Noe. The show originally taped at the WINA studios on Rose Hill Drive before moving to a sponsored apartment at the Grandmarc.[4]

In the Office of Communications, Dillehunt manages the daily operation of the Charlottesville Community Media Center and the City's PEG-TV stations, including TV10 and CPA-TV. He is responsible for broadcasting all City Council meetings, as well as special events and public forums.