Norris was the Executive Director of The Charlottesville Institute from 2012-2013.[3][4][5] The organization is now defunct.

Norris was the Executive Director of Big Brothers Big Sisters of the Central Blue Ridge[6][7] until June 2011.[8]

Norris has been employed as Executive Director of PACEM, the Associate Director of Madison House, the Interim Director of PHAR (the Public Housing Association of Residents, and the former Chairman of the Charlottesville Redevelopment and Housing Authority Board of Commissioners.[9]

Norris lives in Charlottesville and has three children: Eli, Chloe,[1] and Ben.[10]

Norris was first elected to Charlottesville City Council in 2006 and reelected in 2009. Council elected him to a second term as Mayor at their first meeting in 2010.[11]

Norris announced in late January 2013 that he would not seek a third term to Council.[12]

After being elected in 2006, Norris was appointed to serve on the MPO Policy Board, an assignment he held until 2010. [13]

In 2011 and 2012, Norris represented the City on the Planning and Coordination Council and the Charlottesville Redevelopment and Housing Authority.[14] However, he was removed from the CRHA committee in January 2013.[15]

The 2006 City Council election was Norris' first as a candidate.

In the 2009 election cycle Norris was the top vote-getter in the Charlottesville's Democratic Party's "unassembled caucus" held May 9, 2009. Kristin Szakos beat out incumbent Julian Taliaferro as the party's second nominee.[17]

Norris has a collection of local Vintage Postcards. 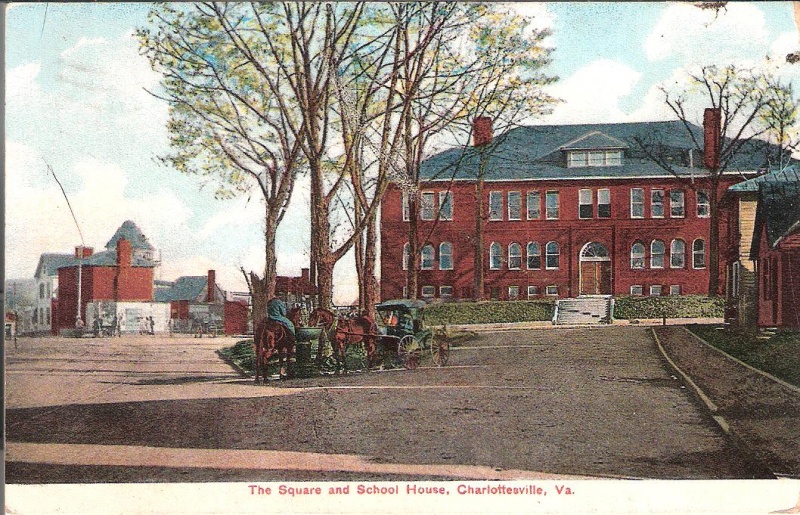 "...a circa-1909, pre-Sacagawea, Lewis and Clark Statue image of the intersection of Ridge and Main Streets, featuring the old Midway High School (where Midway Manor now stands)"

Norris was hired as executive director of the Charlottesville Parking Center in March 2016. He said the lawsuit against the city filed by the CPC earlier that month was a "bump in the road" and he hoped it would be resolved before he began work in June. [10] It was not.

City officials questioned Norris' qualifications to do the job, stating that he did not have six months of experience in parking management. [21]