The structure will be demolished in 2018 to make way for an office park called C.O.D.E. that will be part of an "innovation district" downtown. [2] It closed for good on April 2, 2018 following a farewell party. [3]

Construction of the facility was part of the Charlottesville 2000 initiative spearheaded by developer Lee Danielson in partnership with Colin Rolph. There were five pillars of this private development effort: The Ice Park, the Regal Cinema, the Mall crossing east of the Regal, the Downtown Grill and to a lesser extent the Baskin Robbins franchise on W. Main. The Mall crossing was controversial but essential to the Regal Cinema twenty year lease. Faulconer Construction was hired to build the project, which opened in May of 1996. However, Faulconer sued D&R Development in May 1996 claiming they had not been paid over $300,000. [4]

Owners Bruce Williamson and Roberta Williamson, ex-husband and wife, with two other partners, purchased the Ice Park in 2003 from Dorothy Batten and Colin Rolph, who co-developed the project with then partner Lee Danielson.[5] In February 2010 Bruce Williamson announced plans to close the park in June, citing unexpected business losses.[6] They closed the park on June 30, 2010.[7]

However, soon after, the real estate and tangible and intangible assets of the Ice Park were purchased by Mark Brown and a small group of local investors for $3 million. A private party was held on August 20, and skating resumed on September 14.[8] Brown immediately announced plans to convert the building into a multi-use facility called the Main Street Arena that could also house indoor athletic events and private and public events needing 15,000+ sf. This was made possible by the purchase of an insulated flooring system which covered the 185’ x 84’ ice surface. An additional sport court surface could also be installed on top of the insulated system if needed. It took 14 men four hours to lay down the tiling system. Men from the nearby Haven were often employed for this task. The adjoining lobby space was converted into a popular sports bar. The Main Street Arena Annex fronting Water Street was originally designed to be a public viewing area to watch ice events while eating in a warmer environment but over time became used for other businesses. The last was a popular music club called the Ante Room. 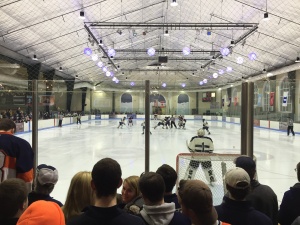 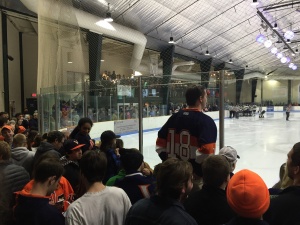 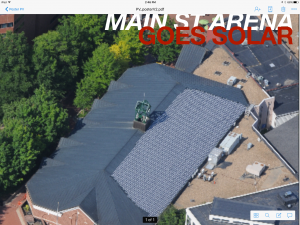 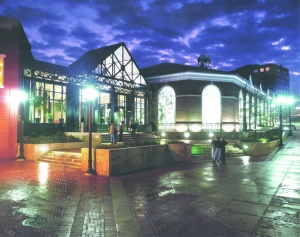 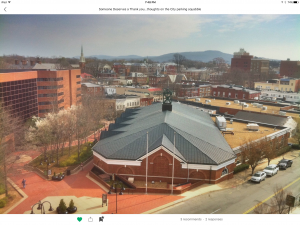