Charlottesville Board of Elections

From Cvillepedia
(Redirected from Charlottesville Electoral Board)
Jump to: navigation, search

The Electoral Board for the City of Charlottesville is a local board responsible to the State Board of Elections. This bipartisan local electoral board is composed of three members who are appointed by the respective Circuit Court. 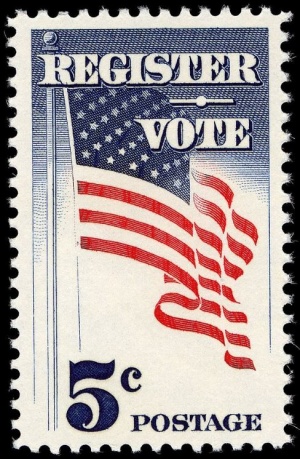 Note: In Charlottesville elections, voters are assigned by residence to one of ten geographic areas, Voting Precincts, each with its own polling place. See also: Ward elections

The Electoral Board is charged with conducting elections in Charlottesville and certifying the results. Electoral boards have the authority to administer all aspects of elections, including oversight of the Director of Elections/Voter Registrar, protection of ballots, and the appointment of election officials.

Electoral Board members are selected by the local political parties and appointed by the Circuit Court to staggered three-year terms. The party of the Governor of Virginia selects two of the three appointments, with the third appointment being of the other major political party.

The Electoral Board for the City of Charlottesville is a three member board appointed by the Charlottesville Circuit Court Judges to a staggered, three-year term beginning March 1st.

Note: The chair and secretary must represent different political parties unless the position is declined. Board members serve three-year terms. Appointments are staggered so that each year one expires on the last day of February. Members can be reappointed and serve an unlimited number of terms.

Director of Elections and General Registrar

In December 2018, General Registrar/Director of Elections Rosanna Bencoach told the Charlottesville Board of Elections that she would not seek reappointment to another four-year term. Her tenure started in early 2015, at the end of a saga that led to the resignation of Registrar Sheri Iachetta.[6]

An Officer of Election is a person appointed by an Electoral Board to serve at a polling place for any election pursuant to Virginia Election Laws. The Electoral Board, when appointing Officers of Election, must ask each officer which party he will agree to represent: Democrat or Republican. The officer is not required to be a member of either party.

All Officers of Election receive training prior to the election. Each officer receives written Election Day Guidelines.

The Daily Progress reported in August 2014 that former member Joan Schatzman had turned over records that indicated former board member Stephanie Commander continued to use a cellphone paid for by the city more than three years after leaving service for a total of $2,530. [9]

Stephanie Commander and Sheri Iachetta were both charged with felonies on September 15, 2014. [10]

Amendments S.B. 1395 and H.B. 1890 prohibit state and local policy from denying or restricting anyone the right to vote because of their race, color or language they speak. The bill empowers the attorney general’s office to sue anyone suspected of violating election laws in a discriminatory manner, with civil penalties of up to $50,000 for a first violation and up to $100,000 for repeat offenses.[14]