Haggerty was born in Alberta, Canada in 1925. His family moved to the United States in 1933. He attended Clark Elementary School and the Miller School before joining the Navy in 1943. After serving in World War II, he returned to Charlottesville where he graduated from Lane High School. In 1947, he was employed as a bookkeeper and teller at the People's Bank. By 1954 he had been promoted to vice president of the bank and that same year he was named as an "Outstanding Man of the Year" by the Charlottesville Albemarle Junior Chamber of Commerce.

In 1960, Haggerty was the fourth candidate to announce and did not run as part of a slate. At the time he was chair of the city's Recreation Advisory Board and a member of the Municipal Facilities Committee which ultimately recommended a new location for City Hall. [1] 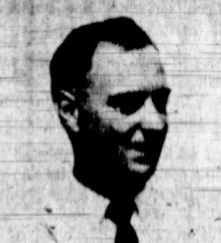