From Cvillepedia
(Redirected from Ann Mallek)
Jump to: navigation, search

She focuses her civic attention on land use and transportation, serving on the ACE and CHART committees since 2000; the Transportation Working Group, 2005; and the Development Review Task Force, 2006-present. As an officer of the Earlysville Area Residents' League, 1995-2007, she encourages citizen involvement in local government.

She once again resumed the chair's role at the beginning of 2018. 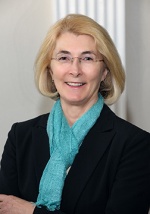 Since 1983 Mallek and her husband Leo have managed the family farm in Earlysville where they raised their two daughters. The farm produces grass-fed beef and pesticide-free vegetables. She is currently[when?] the Central Virginia Educator and Program Coordinator for the Virginia Museum of Natural History. Ms. Mallek is a member of the Thomas Jefferson Planning District Commission, League of Women Voters, Albemarle County Farm Bureau, Charlottesville Regional Chamber of Commerce, Piedmont Environmental Council, Southern Environmental Law Center, and Rivanna Conservation Society. She is serving as vice chair on the Rivanna River Basin Commission.

In 2004, Mallek was a member of the board of Advocates for a Sustainable Albemarle Population.[4]

Mallek is an Educator/Coordinator for the Virginia Museum of Natural History.

She was appointed to the Virginia Board of Workforce Development in April 2016. [5]

At their meeting on January 4, 2012, supervisors could not agree on who would be chair for the 2012 and 2013. At issue was whether Duane Snow and Rodney Thomas should remain on the Metropolitan Planning Organization Policy Board. Dumler, Rooker, and Mallek all supported Snow as chair, but wanted to make sure one of them served either as vice chair, or as a member of the MPO. A motion by Boyd to nominate Snow and Thomas as chair and vice chair failed on a 3-3 vote. A second motion by Rooker nominating Snow as chair, Dumler as vice chair, and Mallek as one of the MPO representatives also failed on a 3-3 vote. By default, Mallek will continue to serve as chair until a majority can be found to select a new chair. After the deadlock, Snow was elected as vice chair on a 4-2 vote with Boyd and Thomas dissenting.[6] [7]

Listen to audio from discussion:

2011 election for Board of Supervisors

Ann Mallek launched her bid for re-election at a press conference on January 13, 2011.[8]

She has received the endorsement of the Piedmont Group of the Sierra Club. [9]

2007 election for Board of Supervisors

Mallek was first elected to the White Hall seat on the Albemarle County Board of Supervisors on November 6, 2007. Running as a Democrat, she defeated Republican David Wyant by 605 votes[10].

Registered voter turnout in the district was 49 percent.