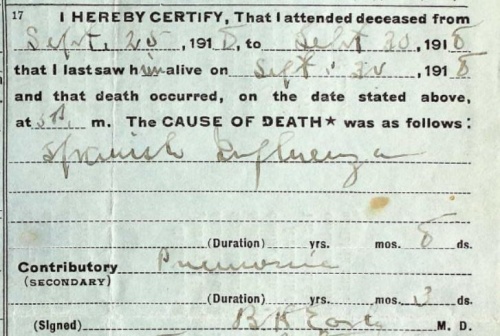 Death Certificate of Bruce Hackett (aged 41), a carpenter who lived near Scottsville, the first Spanish influenza death in Albemarle County. 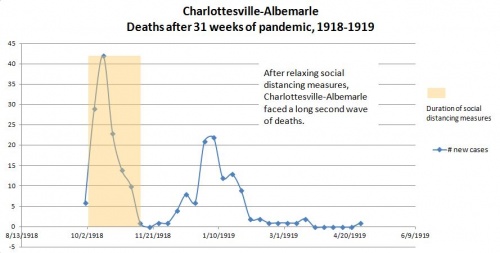 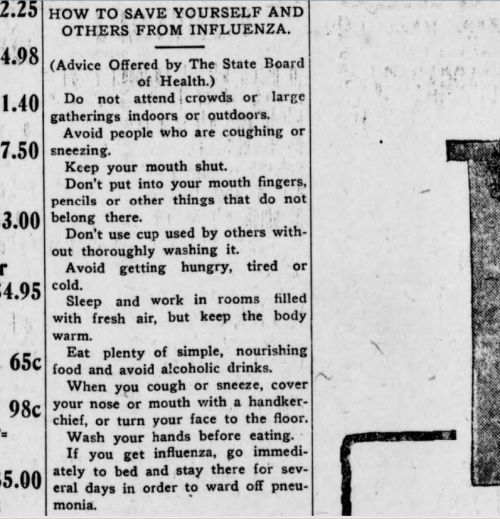 "How to Save Yourself and Others from Influenza," public notice printed in Daily Progress, dated October 10, 1918. 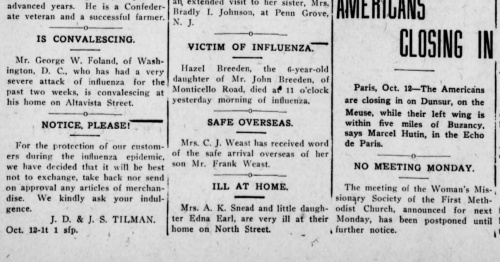 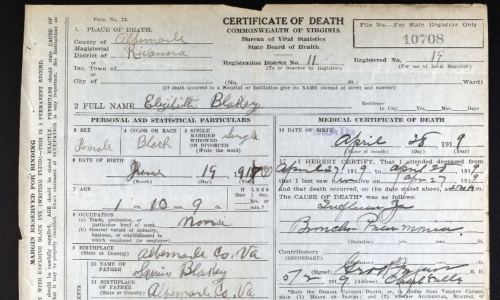 Deadly disease were common prior to the beginning of the 20th Century, front page headings of war news, bond drives and daily report of war casualties in The Daily Progress pushed most flu stories into small articles.

Infectious diseases accounted for high morbidity and mortality worldwide. The average life expectancy at birth was 47 years (46 and 48 years for men and women respectively) even in the industrialized world. Infectious diseases such as smallpox, cholera, diphtheria, pneumonia, typhoid fever, plague, tuberculosis, typhus, syphilis, etc. were rampant. The discovery of penicillin in 1928 by Sir Alexander Fleming (1881-1955) marked the beginning of the antibiotic revolution.[9]